Posted by OwenAdmin on May 7, 2018 in Uncategorized | No Comments 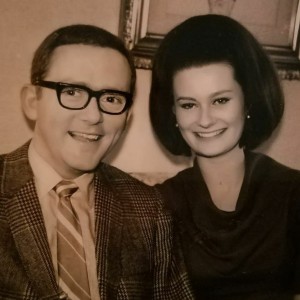 You have probably heard of Dave Marriott. Even if you don’t know his name you know his work. He’s the guy who worked on the high profile crisis management cases in Seattle for 40 years: Alaska Airlines flight 261, Amanda Knox, Nordstrom union busting and maybe 100 others.

Dave died last week and we lost a local legend. I was lucky to work for him for three years and with him for more than 20 years. He’s no longer here to help young folks coming up. But there are hundreds of people, myself included, who would like to share his insights. To that end I list here Dave’s rules for PR and life. In no particular order.

Control: Dave played narrative control like a chess game. Never more impressively than with helping Amanda Knox.  He showed that not communicating can be more powerful than communicating.

Calm: You wouldn’t know it to look at him but Dave was a really calm guy. He operated at one speed. When everyone around you is crazed, its useful to have a level headed professional calling the shots.

Enjoyment: He worked on very real crises but he never got bent out of shape about work. He valued his friends and laughter above work. He was famous for shepherding us young folks down the stairs for a shirtsleeve tequila bracer across the street. He would spend days fly fishing the Elwha with his friends. His wife and son were his universe.

It takes time to get to know someone and even longer to understand him within the larger contexts of an industry and a city. I could apply a lot of kind adjectives to Dave about professionalism and insights. but his personality and true north were laughter, relationships and trust. David was straightforward, honest and friendly. These are the things that stick with me. He helped a lot of people get started in PR. I hope his legacy will inspire many more to come.