Posted by OwenAdmin on Sep 9, 2018 in Uncategorized | No Comments 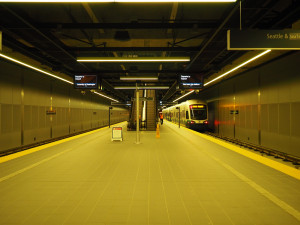 A year ago Seattle received a slap in the face. The sting is gone, but homelessness and traffic remain.

Is Amazon a bad actor? 45,000 employees in the city and $250 million in state tax revenues aren’t bad. And not just any employees but the best developers, program managers and creative professionals in the world. More than half of the developers are foreign born. They bring new ideas, culture, restaurants, and entertainment. There’s a lot to like about what has happened here.

The pearl clutching from anxious Seattleites goes beyond traffic and homelessness, but those are the biggies. We all point fingers at our favorite ecommerce company. But to me this isn’t an Amazon problem, it’s a leadership problem. After HQ2 was announced Jenny Durkan told other mayors that the growth happened too fast. I would counter that the city responded too slow.

The jobs and tax revenue are the greatest opportunity the city has ever had. In 10 years the city increased its tax revenues from $4B to $5B, outpacing population growth by 12%. Not a bad trade. And Durkan, Murray, and regional govt. entities got approvals on traffic projects because of general prosperity: $3.3B tunnel, $5.5B floating bridge, and a $54B light rail project. These are things Seattleites have been begging for since the 1980s.

But not so with homelessness. It’s an old Seattle problem that has gotten much worse. Seattle has the nation’s 3rd highest homeless rate in absolute terms and the highest rate in relative terms. There are dozens of strategies. Rapid rehousing and diversion are debated in newspapers and forums. But it’s not the job of the electorate to write the homelessness strategy.

Homelessness makes me profoundly sad. Yesterday a family of four, the youngest no older than 5 years old, was panhandling outside of our office. That was a shocker. I regularly have to wake a man who sleeps in a building entryway. How did this become normal?

Seattle’s greatest missed opportunity is not the Seattle Commons or Forward Thrust; It’s the opportunity to take care of 12,500 homeless people in King County. The head tax was a ham handed approach to deal with it. It was a taxing mechanism with zero vision. Amazon, Tableau, Google, Facebook, Zillow and other major employers would love to help solve this issue, but they want a collaborative effort, not an ambush. So would voters. This isn’t a tax problem, it’s a leadership problem.

If she could solve Seattle homelessness it would cement Durkan’s legacy in Seattle. If she can’t, I hope another leader is ready to step up and take on the city’s biggest opportunity.

Amazon’s growth in Seattle made the city the envy of 238 cities, if not the whole world. Solving homelessness would raise the city’s stature far beyond the impact of any tech firm.